The release of exMon 5.5 contains a beta release of Turnkey, a new web interface that makes it easier for business users to create data quality controls for their data. Included in the release are also a few new features and improvements to exMon Data Governance.Turnkey

The core philosophy behind Turnkey is twofold; to move the data layer further from the business user and simplify the process of making data quality controls.

In Turnkey you have Datasets, which are the definition of how to access data and how the data should be configured.

A user creates a dataset e.g. SQL query to a database and configures things such as which column is the primary key, the caption and/or format. 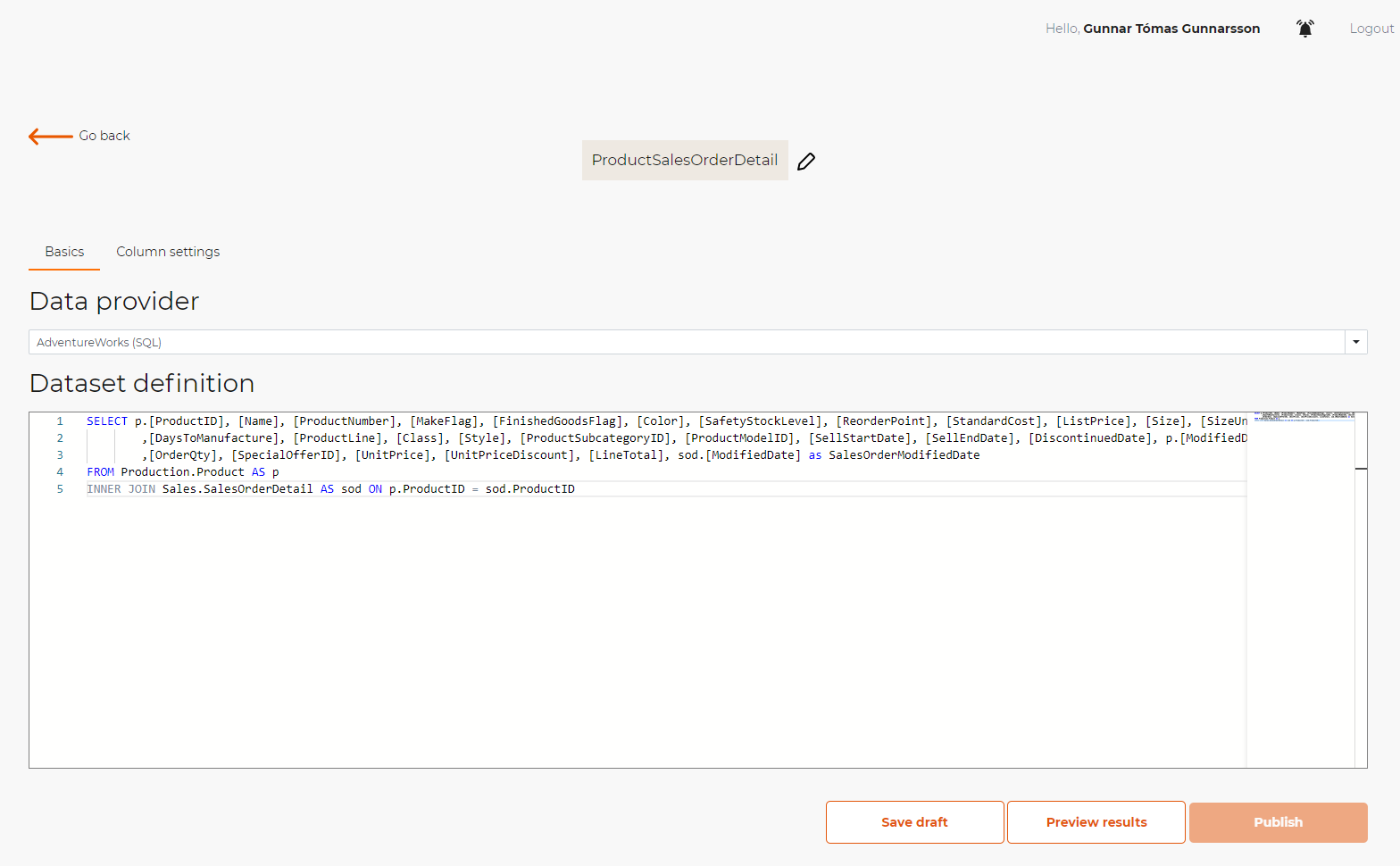 Since Datasets are simple queries to a data source, a data administrator can be tasked to create the required Datasets without much input from the business user.

When a Dataset has been created, the business user can start creating Rules that use the Dataset as their source. Rules can be quickly created as the only definitions required are that of the rule filters.

Turnkey is currently available to cloud customers only but will become available to all customers who want to try it when we release the first stable version, expected in Q3 or Q4 of 2021.

A hierarchy view has been added to Execution History.  Users can now switch between grid view and hierarchy view. This provides users with a better overview of their executions. 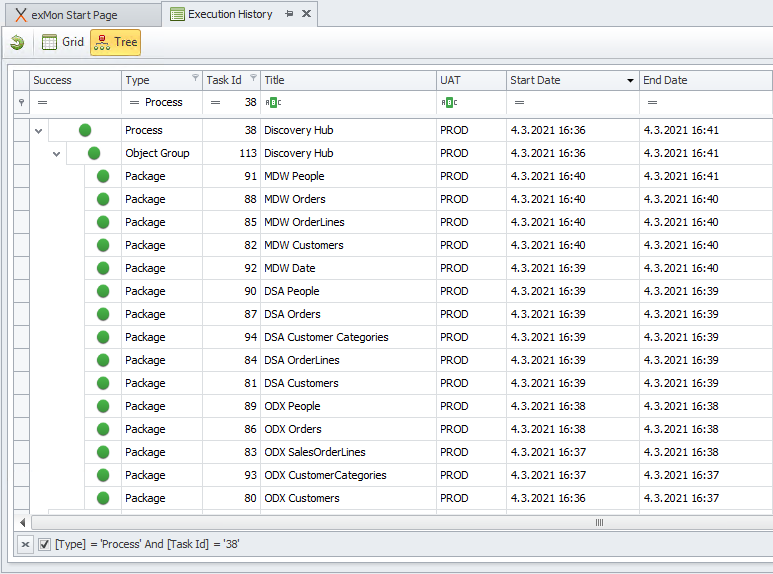 Powershell has been added as a destination for data transfer.

Data Provider packages are a new type of package. They enable users to either run stored procedures or create a custom SQL to run. 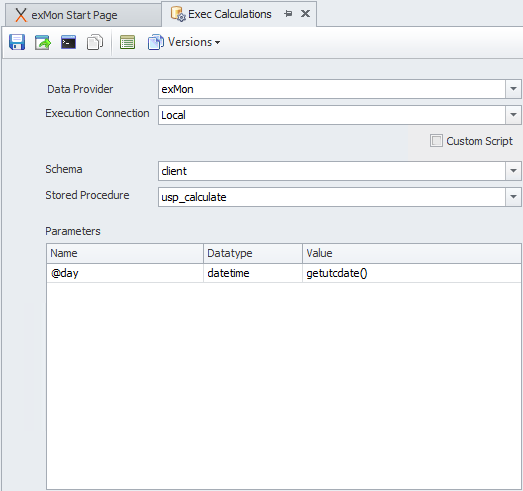 A feedback button has been added to most exMon products. The exMon team is hoping for a lot of interesting feedback about things that we are doing well and/or things that can be improved.