exMon 5.4 has focused on fixing issues brought to our attention by our users, whether they were bugs or improvements that would make exMon better and easier to use.

Out of the box, the exMon Analytics add-on gives users the option to analyze exceptions better, whether from the perspective of their users, individual tests, or their overall exception status. 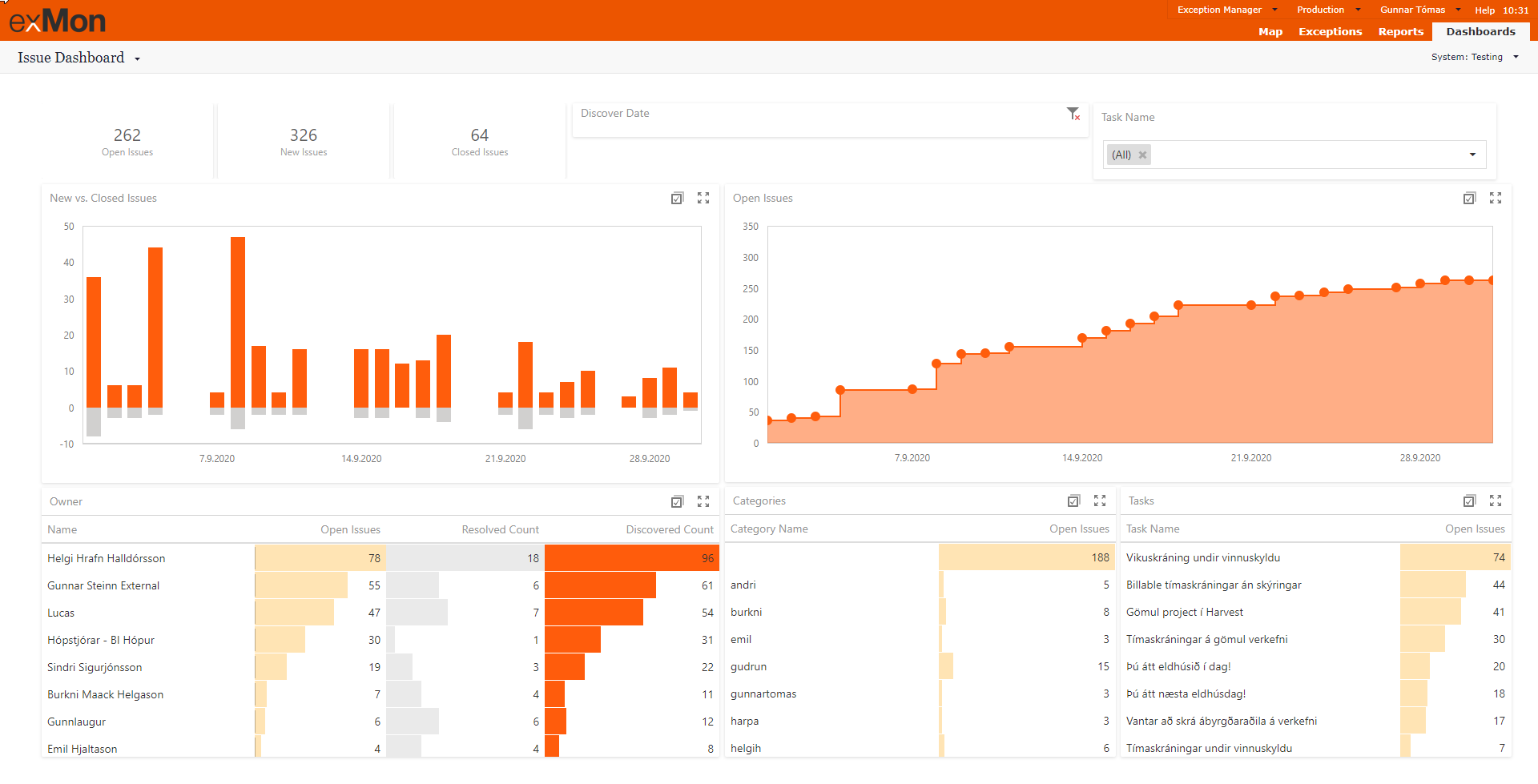 This addon also allows those who focus more on process management to see an overview of their exMon executions and options to expand these dashboards into the future, both improvements of these two dashboards as well as options to add custom dashboards. 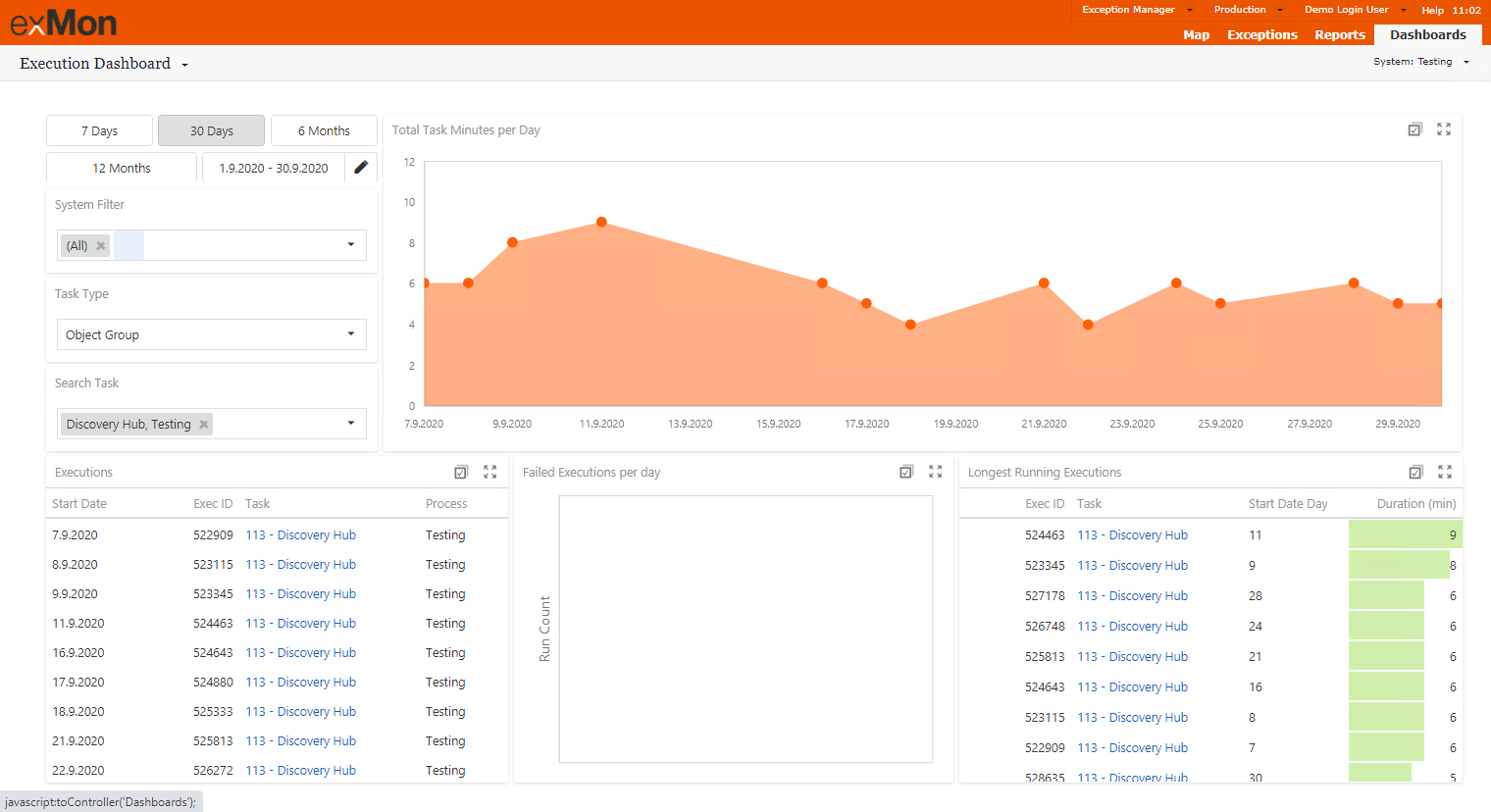 More and more of our clients have been moving their infrastructure, including exMon, to Microsoft Azure. In the past, installation in Azure was a manual process but with exMon 5.4 we now support SQL Azure out of the box.

Users of exMon Data Governance and exMon Data Management cloud services used to have to keep track of separate usernames and passwords when logging in.

With exMon 5.4 we introduce a unified login, which works especially well when clients have enabled Azure Active Directory.


Head over to https://login.exmon.com to try our new unified login experience. 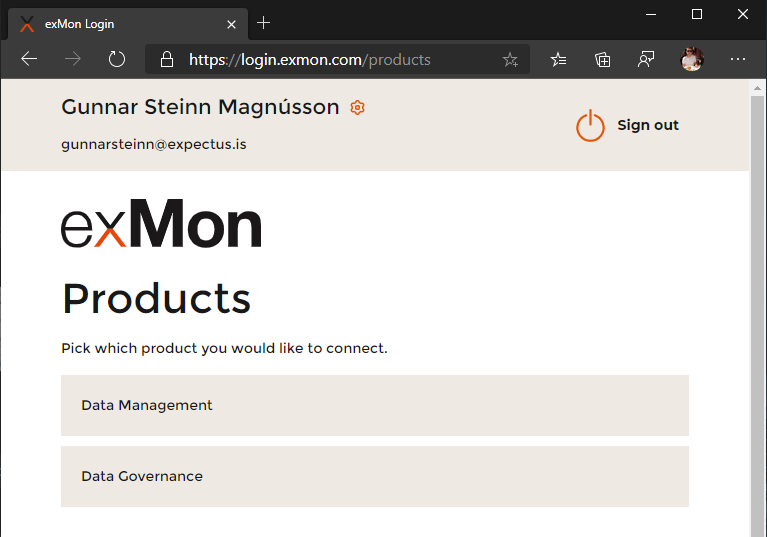 Exception overview worked great for most users but some of our power users could have issues with its behaviour. We have made major changes to how we manage and display the exception overview.

Both Global Parameters and Query Snippets are great but some of our users had issues using them when the list became too large. With exMon 5.4 we've added both a filter and multi-select to make using both of these features a more pleasant user experience. 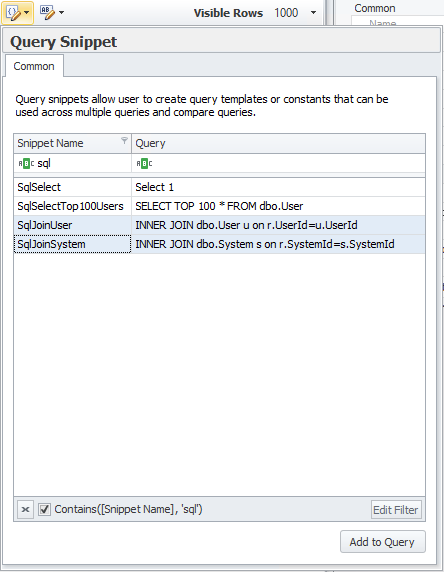