exMon 5.2 focuses on improvements that allow more separation between systems. The version introduces two major changes along with a few smaller improvements and bug fixes. 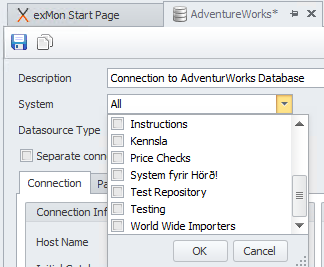 The developer role used to have access to all systems in exMon Data Governance. We have changed that so now a developer has only access to systems that are specially granted through the systems tab.