In this new release, exMon 4.9 contains a few new features and a lot of smaller improvements and bug fixes.

With exMon 4.9 we’ve added Global Parameters which allow the user to define values that can be used across most tasks in exMon. These values can also be encrypted, ensuring they will not be written or sent in plain text to users or logs.

Further details can be found at Global Parameters

exMon 4.9 brings a few changes to how the user can view and change exceptions. With previous versions of exMon, an exception marked as not an exception could not be opened again. While using the not an exception feature should be well thought out, human errors can and do happen so we’ve added a way to reopen those exceptions.

Similarly, we’ve also added a way to reopen marked as fixed exceptions so the user will no longer be required to rerun a task to do so. Another change we’ve made is that details of exceptions both show when the exception was opened and reopened as well as when it was closed, along with the information that was already. 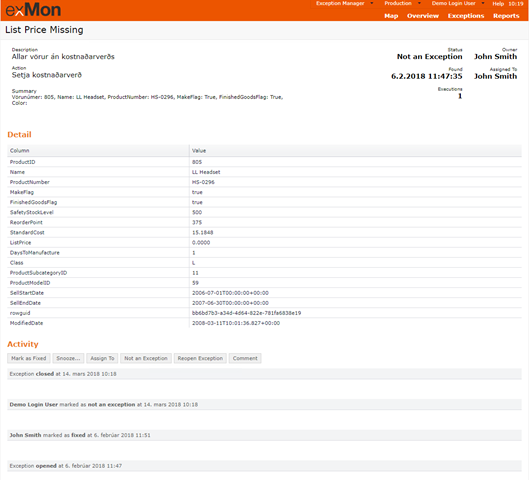