The normal lifecycle of objects in exMon:

The list also contains information about which user saved the object and when, the current object Version ID on Development and Production. The objects desired to be deployed are selected comment is written and then the Deploy button is clicked, after that, the changes are live in the Production environment.

When you right-click and deploy each individual object, the exMon Deployment Dialog will appear with a filtered list on the selected object.

A complete version history is saved on all deployable objects in exMon. Each time the save button is clicked a new version is created. 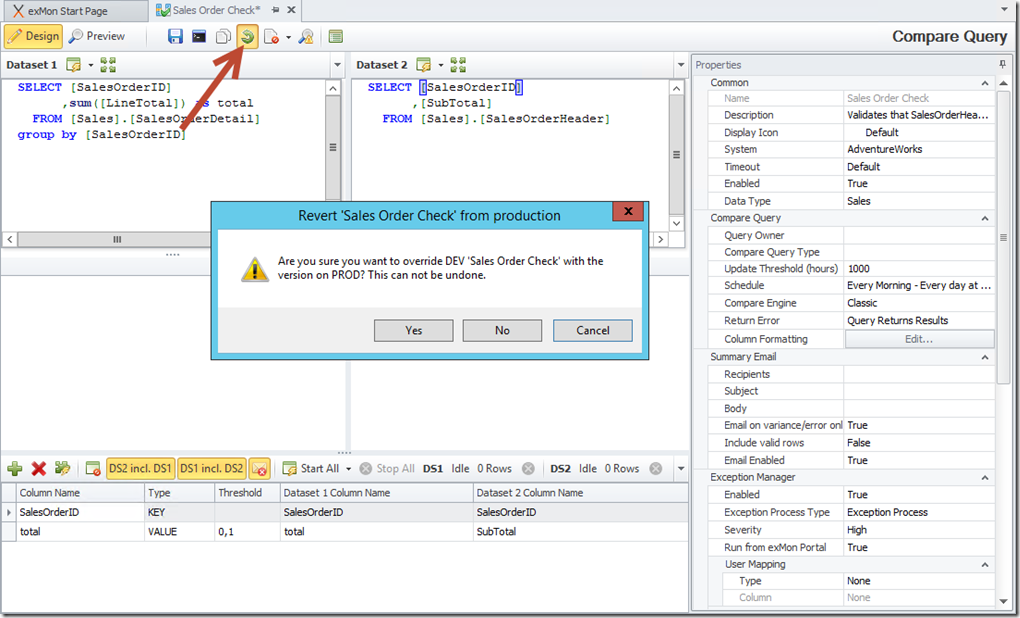 It is best practice and recommended to utilise two environments. It is especially convenient for the developer to be able to save changes without affecting objects that are on schedule in the live production environment.

Schedule Groups are the only objects in exMon that don’t live in an environment and don’t need to be deployed. The environment is an attribute of the schedule group and all changes made to the group are instantly available. 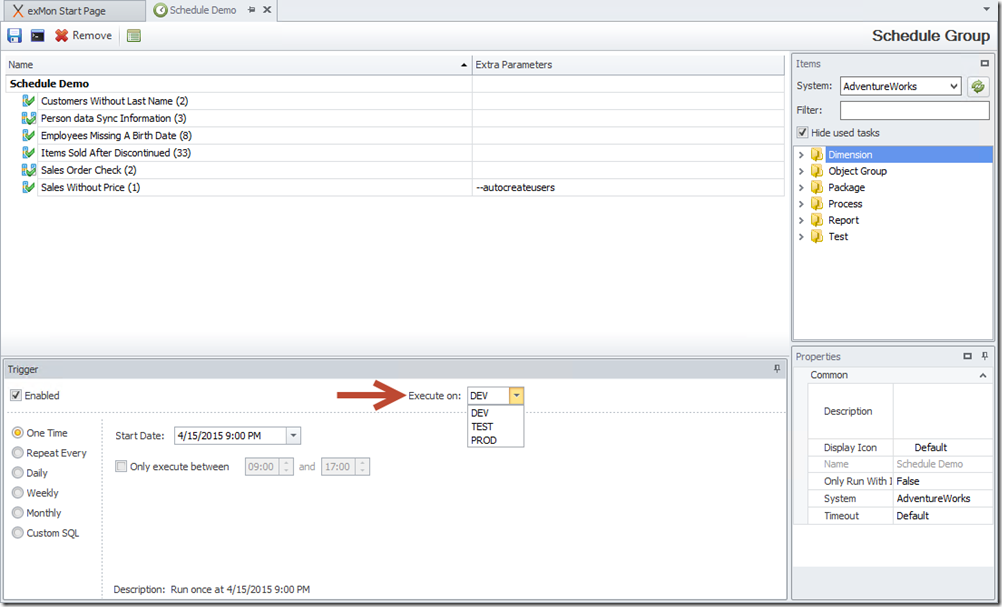